Pixel Smashy War is a FPS 3D shooter. Game contains MULTIPLAYER and SINGLEPLAYER. Singleplayer contains campaign, where you face hordes of zombies and you have to survive. You will have to collect stars or kill certain amount of enemies to pass the level. you can pick ammo and guns in the level. Stars also heal you. Levels contains a variety of vehicles - tanks, trucks, cars, police cars, helicopters and other gears ( all are destructible ).
Its funny pocket fps block style shooter game on cube planet. Have Fun !

HUGE VARIETY OF ENEMIES
You have to wipe them out otherwise you are doomed! Shoot and kill them all and become a great killer
• Zombies - no fear of death
- attack cop, horror sherif, punk guy, business man, beach girl, dead gangster, mafia gunner, evil monster boss, swat members, crossy robber, assassin nurses and others

ONLINE MULTIPLAYER
• Up to 12 players in one multiplayer arena game
• Team deathmatch and Deathmach
• 2 Different maps in New modern block sandbox mine world
• City and battle field environment
• Fight friends or other people
• Hardcore gameplay
• Unleash the power and fury from you and listen to your duty to become the greatest combat striker ever. 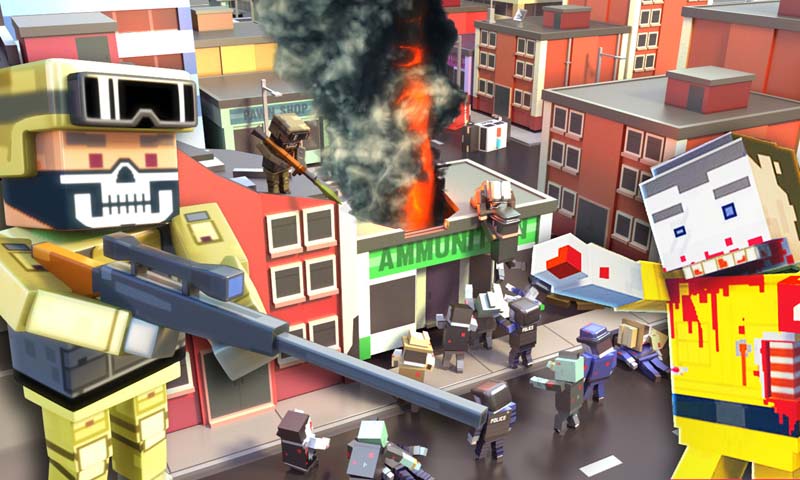 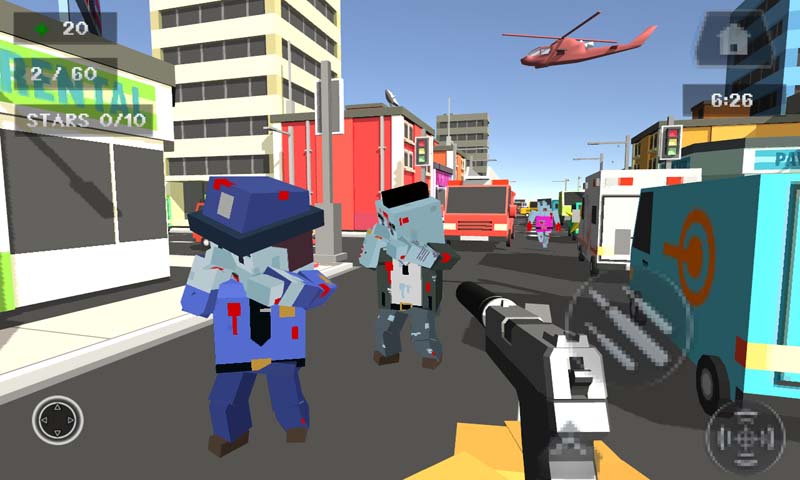