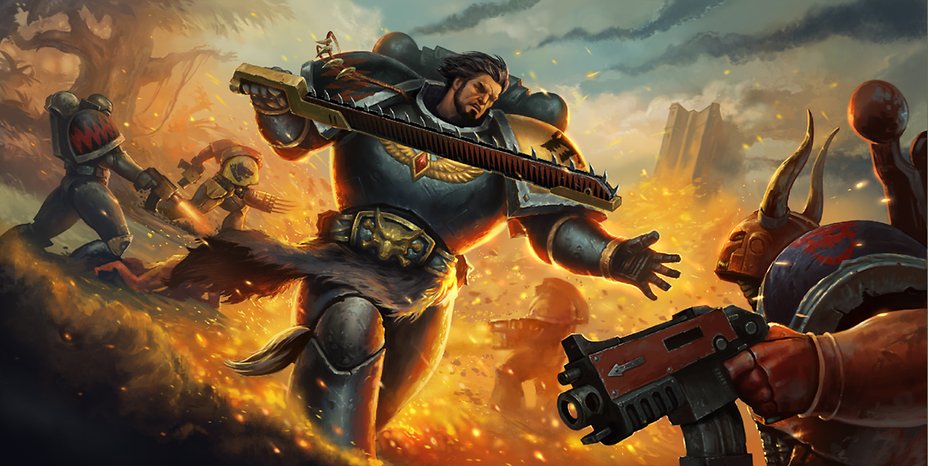 Lead the Sons of Russ into battle and slash your way through hordes of ferocious enemies with Boltgun fire and Chainsword teeth. Write your own saga in the annals of the Space Wolves Chapter as you hunt your sworn enemies – the Chaos Space Marines.

Savour the atmosphere, as you play this unique combination of turn-based strategy and collectible card game, where you can turn defeat into victory, where events on the battlefield depend on a wise choice of cards and decisions must be planned meticulously.

It will take the leadership, senses and cunning of the Space Wolves to be victorious on the planet Kanak, Segmentum Obscurus – the harsh, hostile world chosen by the forces of Chaos as their outpost. What secrets does this slumbering giant, lost in the cold cruel depths of space, hold? What sort of monstrous powers are lurking in its suffocating green jungles, the fiery hell of its volcanoes, and its dusty lifeless wastelands? Discover them as you progress through the campaign!

For Russ! For the Wolftime and the Allfather! 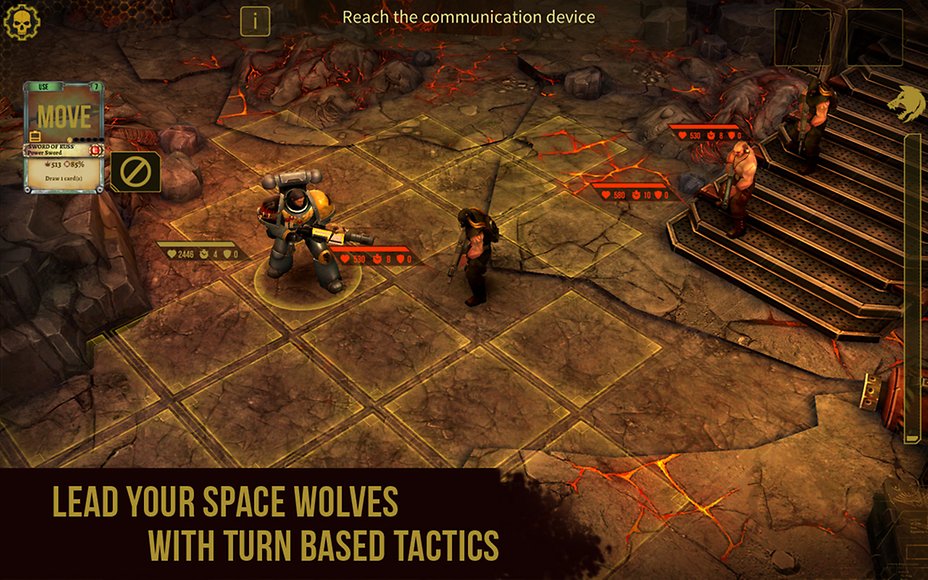 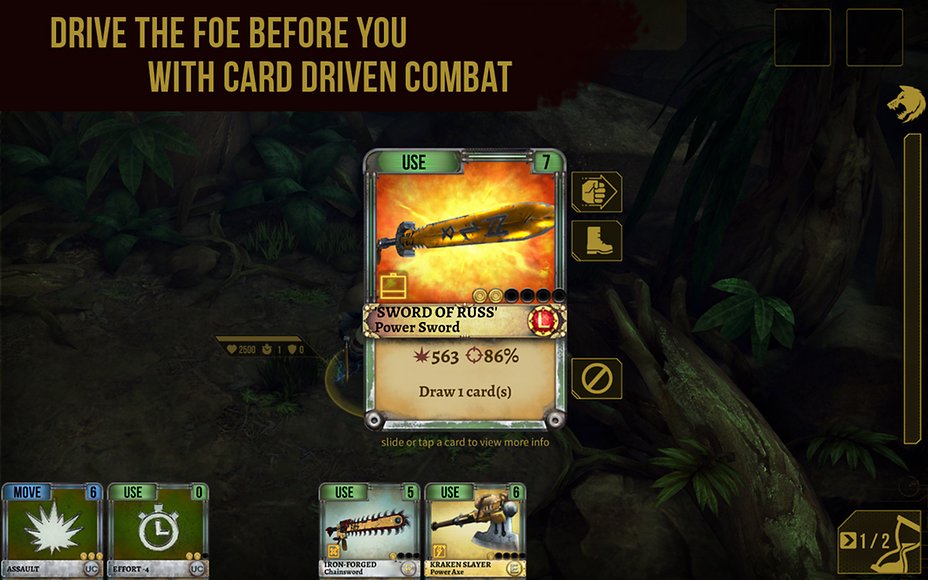 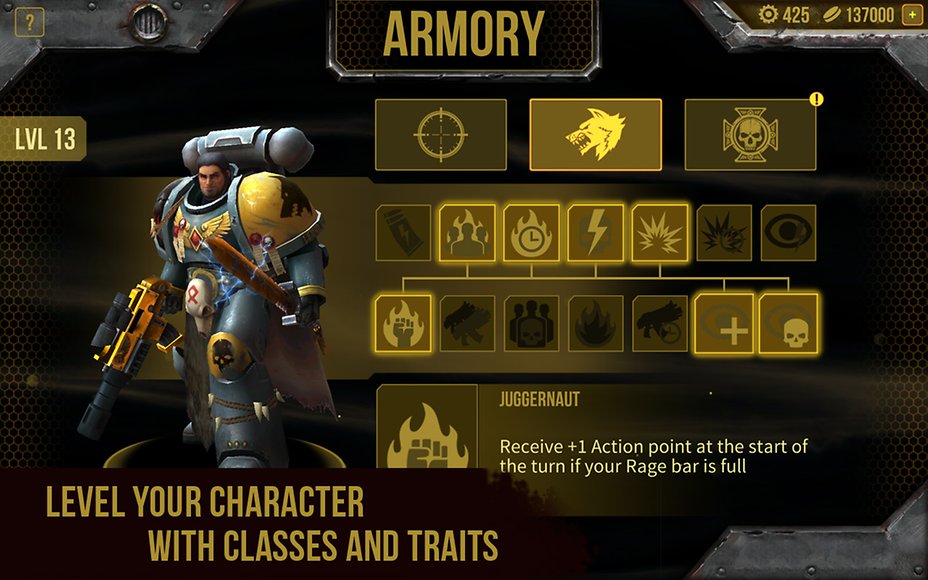 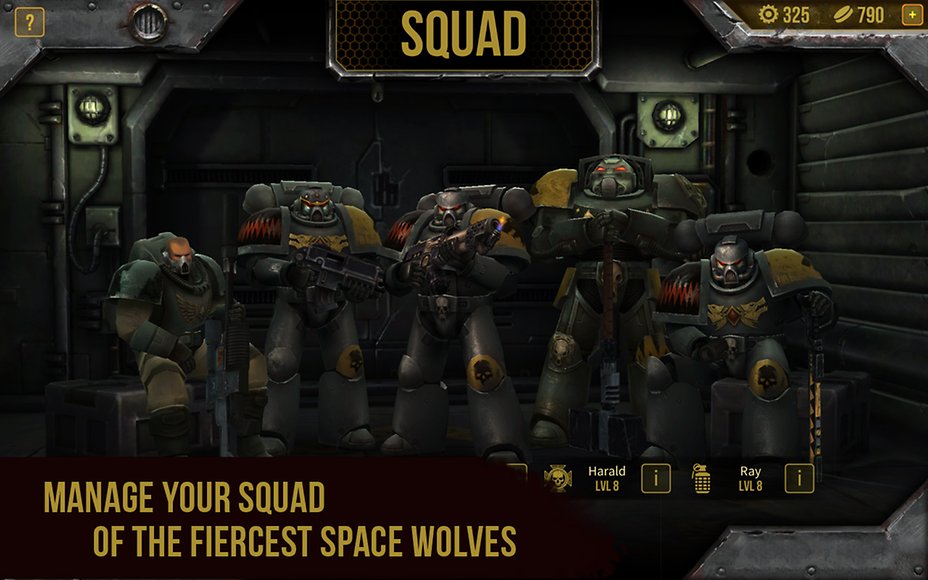 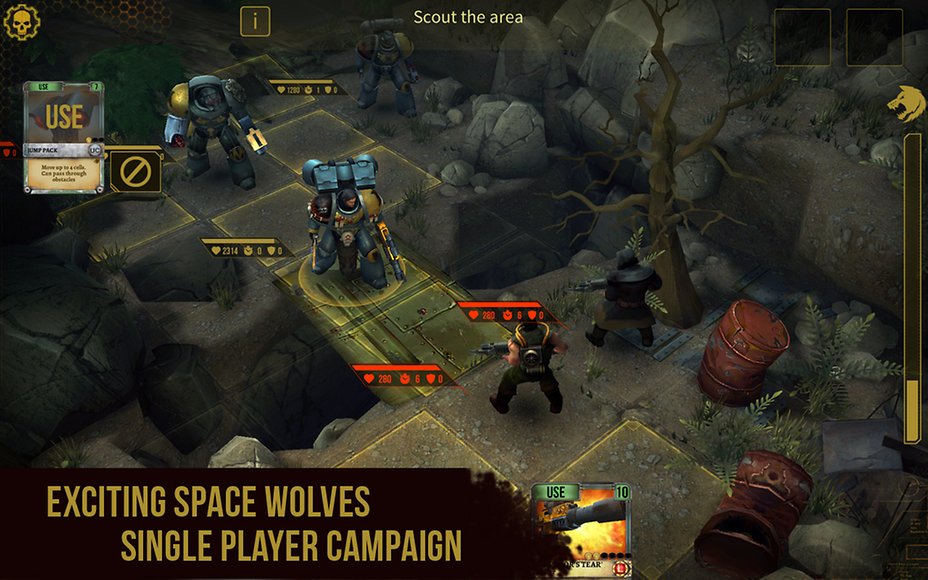 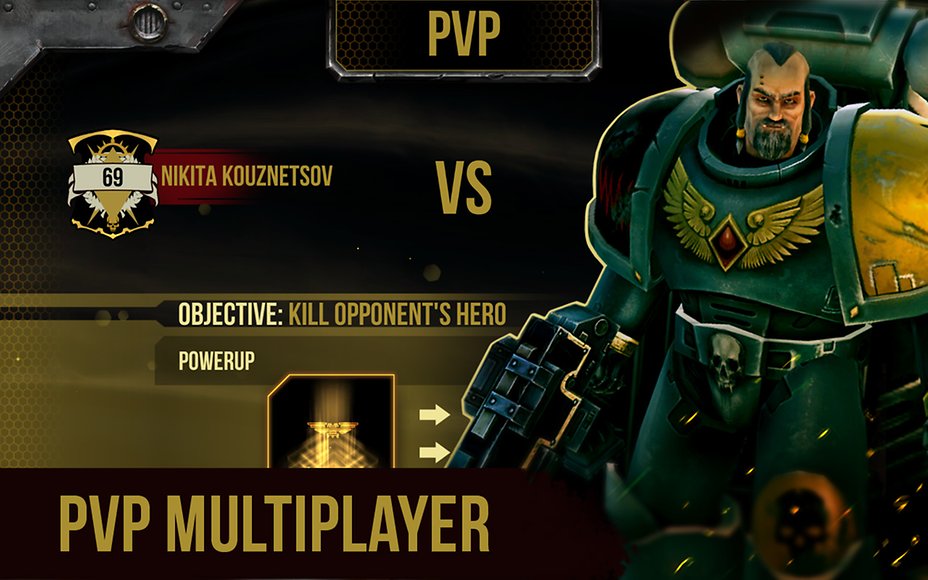 Hey i shall promote your app. Please write a unique blog post on your game and send me . i shall post it on my blog Blogiapps. Its all about android.

Neat Game, What engine did you use?