The iPhone 8 Plus is officially here, and it turns out the long-rumored handset is what we'd previously thought would be the iPhone 7S Plus. It comes alongside the new iPhone 8 and super high-spec iPhone X.

Apple has dropped the S moniker from its range of phones and called this new upgrade the iPhone 8 Plus instead.

The new phone runs on the A11 Bionic chipset from Apple. It's a six-core chip that runs 25% faster than the A10 in the iPhone 7 Plus. As usual, Apple hasn't shared how much RAM will be in the iPhone 8 Plus.

Apple has also designed its own GPU for the A11 Bionic, which the company says will allow for 30% faster graphics than in the A10. There's also Bluetooth 5 tech built-in that allows for a faster connection and longer range than previous tech.

The iPhone 8 Plus will come with either 64GB or 256GB of storage onboard. The phone will also launch with the brand-new iOS 11 software.

Hi, @Sarah Maxwell what I search and know now don't know what the released date of iPhone 8 and 8 Plus and what I saw the iPhone 8 image also not sure about its correct image or fake image. If its correct then can't wait to buy iPhone 8.

Here is the iPhone 8 image what I search and found: 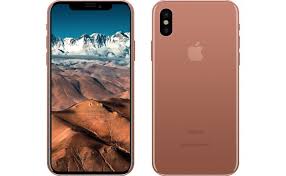 Hi Neil, as you can see in our article, that is the iPhone X

that was awsome waiting

The iPhone X looks really good, but it's too expensive!

iPhone X and iPhone 8 are same?

iPhone 8 and iPhone x both are different.

Here are the major differences between iPhone X vs iPhone 8

Design: The iPhone X is the design champ here, with that edge-to-edge screen and lack of a home-button. The iPhone 8 and 8 Plus are much more familiar. All the phones are IP67 rated, have glass backs for wireless charging and no headphone jack.

Specs: The new 10nm A11 chip powers both phones, though RAM has yet to be determined. The iPhone X gets the new OLED display, while the 8 and 8 Plus have to stick with IPS LCD.

thank you sarah for the information

I think cost Iphone 8 is expensiver. It is same Iphone 7 Plus

both having different features Iphone 8 have higher performance , chipset, build material and many more....

Exactly my thoughts. If I buy the new iPhone 8/iPhone 8 Plus right now, it will be outdated in next 2 months as soon as the iPhone X will hit the market.

Exactly my thoughts. If I buy the new iPhone 8/iPhone 8 Plus right now, it will be outdated in next 2 months as soon as the iPhone X will hit the market.

I will think twice before buying iPhone 8.