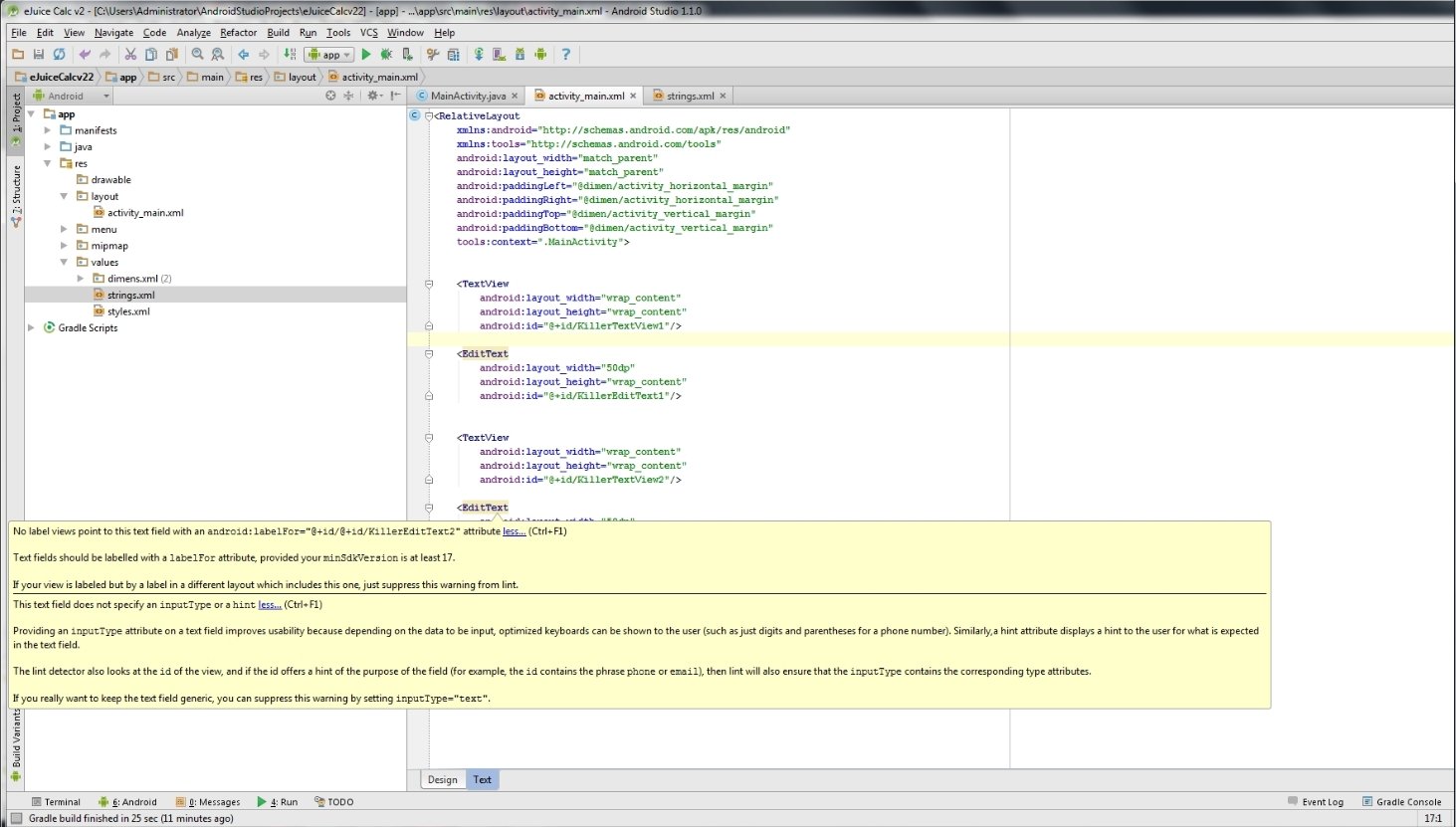 I'm really getting annoyed here. I've made an applicaton last night like the one I'm trying to make, and now this crap is popping up. I don't know what I'm doing wrong. I have 16 lines of code, and it's just creating (CODE) two TextView Objects, and two EditText Objects.

I'm using Android Studio, and my API level is 17.

That's what I'm coding for. Which I believe is something like 4.0.3, I don't know.. But I know it's high enough to not get error messages when I want to align stuff next to each other, so I don't have to do what I did for the very first relative layout code I wrote.. I coded it using android:layout_marginTop, marginLeft, etc. etc. SO basically, I told every single obect where I wanted it. The drag & drop function on Android Studio is very poor quality. If Iwant an object to be placed someone, it will place the object where it feels it should go.. In a relative layout, I should be allowed to place an object where I feel it should go, not the IDE. I could care less about Drag & Drop, I'm here to learn & write CODE. I figured it was the best way to actually feel good about making my app I'm trying to make. Or any app for that matter..

Thanks in advance for any help I might receive.